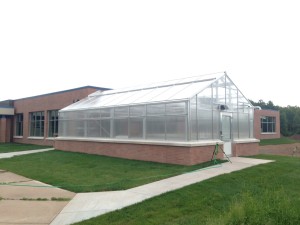 In compliance with Minnesota Charter School laws, which establish that charter schools are generally prohibited from owning land or buildings, the non-profit Affiliated Building Company, “ABC,” was established for that purpose in 2013. ABC acquired the school facility and the 40 acre site, with the sole tenant being the North Shore Community School (NSCS). Charter schools in Minnesota are further prohibited from bonding, or participating in local tax levies as provided for by traditional public schools in the state.

Annually NSCS and ABC enter into a lease agreement, as provided by the MN Dept. of Education (MDE). In lieu of local levy support, NSCS receives “lease aide” from the State, to largely fund the lease payments to ABC. As the sole source of income to ABC, this revenue is used to keep and maintain the school property. Currently a significant part of this revenue is dedicated to service a $3.3 million debt instrument created to fund the recent 10,000 sq ft. addition to the school, the total cost of which was just over $3.5 million. The remainder of ABC’s annual budget is to provide upkeep and maintenance to the facilities; thus the sole purpose of ABC is to provide facility for NSCS, in support of the school’s mission. Subordinate to that role, ABC and the NSCS, in coordination with the resident Township, and where practicable, endeavor to provide educational and recreational services to the community.

The current ABC Board members are: